Hi, this is my first time posting and my first LED project, so don’t throw your keyboard due to the soldering jobs. lol

I am working on a project to wire up my Christmas village houses with custom LEDs. Basically, I want an LED (or 2) in each house with JST connectors coming out to connect it all together. This way I can customize the lighting of each house.

Question:
I’ve done decently so far and my issue isn’t even the lights or the soldering. (Except maybe killing the crappy iron I have) The issue I have is with network connectivity strangely enough. I don’t think the wireless card in this thing is strong enough. I’ll get connectivity for a bit, then lose it and I won’t be able to access it. Or should I break down a buy a Dig uno with an antenna?

A little background, I work in IT and have dealt with network issues before, but this seems like something different. It’s almost like the web interface doesn’t want to work but the LEDs are on. I have a mesh network (currently Google Wifi, but I’ll be doing a Ubiquiti setup in the future). 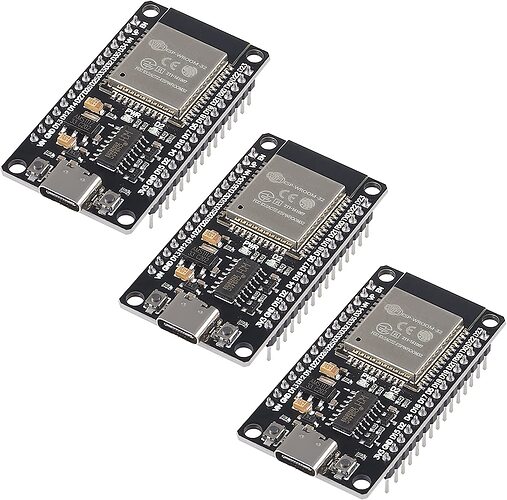 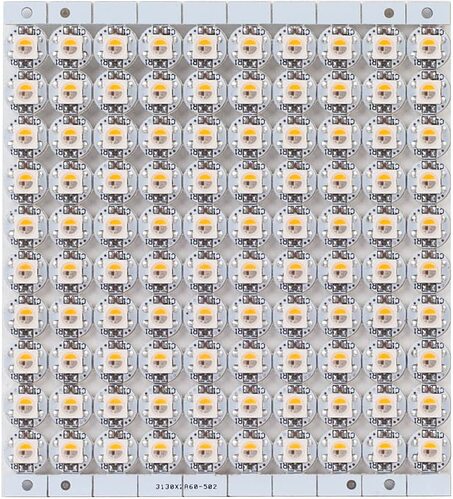 People have had issues with mesh and Ubiquity needs certain settings to work.

You can get ESPs with external antennas.

The other thing to check is make sure you have adequate power for the ESP32.
Those boards can easily need 0.5A to power properly, a USB wall wart is often not a good idea as those can be problematic.
Always a good idea to plan your ESP32 supply and LED supply to be independent (but joined with a common ground).

I didn’t think about the power supply being an issue because it was supplying power to the LEDs as I only had 5 pixels connected. But it is a basic USB-A old school brick. Do you know if the USB-C connections will draw more power if you provide a stronger 2A or 3A type brick? Or do you recommend just using an outside power source? I’m only going to have about 25 pixels.

Photos of the setup so far… 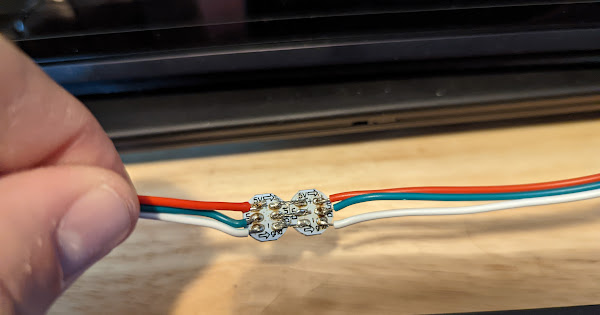 25 LEDs is a lot to be running from the usb. It would be best to either power them separately or you can use one supply and just power the Esp from the 5v pin vs the usb.

If you are looking for an Esp32 with external antenna, this is an option: https://www.amazon.com/gp/product/B0B64TWJQX you would also need an IPX IPEX-1 U.FL to SMA cable and antenna.

One more potential “Gotcha!” with those LED’s.
Take one before you connect anything else to it.
Use a multimeter and measure the resistance from the +5V pin on the back, to each of the 4 pins on the SMD LED device on the front.
You should get infinite resistance or perhaps ~25K, and in one case 0 ohms (that would be the power pin on the SMD SK6812).
If you get a reading of 75ohms, you’ve been Gothcha’d!

I had about 750 of those devices some time back where the data line resistor of 75ohms was wired in series with the power line instead. That meant if you tried to get the LED to draw significant current, the series resistor would force a (potentially severe) voltage drop for that device.
Caused some very wierd flickering events that only occurred for certain colours and other bizarre behaviour.

Didn’t actually figure it out until well after I’d bought them.
In the end I broke the resistor right off the board and soldered a jumper in place.
After that they worked exactly as expected.

Worth checking BEFORE you build them in place…

that is really good to know. I haven’t had issues with the few I’ve hooked up that I know of, but I wouldn’t know if there was a drop until I add a few more LEDs to the line. I’ll have to test them out before I do any more. I only have 5 ready to go right now. The crappy hobby soldering iron I had died on me. I broke down and picked up a Pinecil. I heard really good things about it and anything is better than the retail crappy one I had laying around.

It’ll give me a reason to play with my multimeter again. It’s been a while for those too. Now… what does SMD stand for? lol