Hi, maybe this was already discussed, I think Wled is really a top project for led stripes, with all its features it’s much more than anyone can imagine…
it just misses a way to upload easly a new effect, probably taking advance of the internal flash of the board (for example Wemos mini has 4MB), adding this feature in my opinion will boost up the popularity involving more and more people, more effect developers, and sharing effects, beautiful.
It also helps to debug and improve more quickly the effect itself.
Upload from Wled web like for OTA is a good idea in my opinion, or maybe by FTP too… it just be necessary to define a file format. To avoid wled check for syntax and compile you may decide to use Arduino IDE for it, somehow. Maybe it can be necessary to define a new “virtual board” which instruct IDE how to compile it, without include what it’s already present in Wled,making the result smaller to upload.
Thank you for your kind attention

AirCookie posted a survey a while back that indicated he wanted to build something to let users create their own effects, possibly even a live effect editor.

this is what will push Wled to the sky

How would you “describe” effects?

Right, but what sort of language/format would be used to define the effects?

A couple of ideas: If there is a standard already, for example another project similar wled, then it will be smart to take advance of that work… and chances are many effects can be already available.
Another choice may be write them in Arduino IDE language compatible, in this way it would be possible to compile it on IDE filtering all possible mistakes. The trick may be, if it’s not complicated, to create a “Wled board”, with all features/limitations the programmer should respect when generating effects.

Right, but what sort of language/format would be used to define the effects?

The tool would need to define some mathematical equation for each of the available adjustments for each effect:

Then how the various WLED adjustments interact with the effect. How do adjustments for speed, brightness, intensity vary the effect. Is it 0-100% linear, or non-linear in some way, or some other way?

As far as the effect math, the “WLED effect builder tool” might use things like “number of pixels for base effect = xxxx”, “effect repeats ? Y | N”, “blank pixels between effect repeats = 0, 1, 2…”, “color / brightness / speed shift for repeated sections”, which could then generate effect logic suitable for importing as a json blob.

Just random thoughts, since you asked.

IMO anything that can be orchestrated using GUI tools is going to be:

If you are talking switching from C/C++ code to some other language, then my answer is simple: C is one of the simplest languages with clear and straightforward logic. If you are a programmer then it will be easy to convert JS, Python or any other language to C/C++.

The problem I can see with current state of FX development is lack of information of what certain variable and/or function does. Including FastLED, NeoPixelBus and other librarires used for FX creation.

In my opinion the most difficult part for wled will be to check the effect code to avoid any problems, an uncorrect code may compromise the work and settings of the actual installation, or siply loose control of it. Develope those checks needs time, occupy space on ESP and cpu resources, for this reason it’s desiderable to compile and check it externally, IDE environment is familiar, it has ESP libraries and probably enought for a good result.

They don’t, they are just libraries. 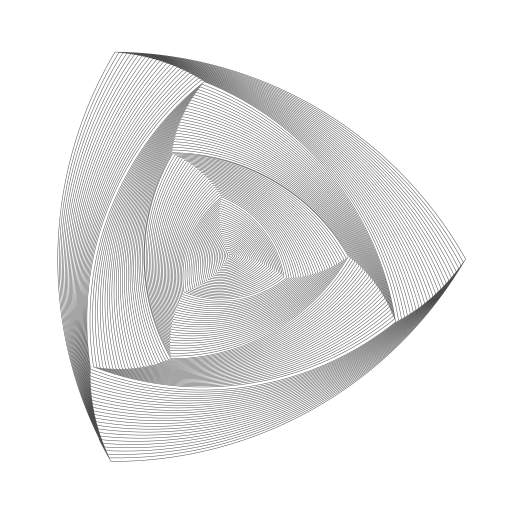 This also feels similar to micropython, which would be very hard to replicate in the wled, I think.

I’ve been considering a few effects myself - some as tweaks and some new. I’ve also been looking at what it would take to be able to add at least a few additional effect controls (besides speed and intensity) generically for effects that could benefit from them.

I do feel that, while the ESP is amazing for what you can cram into it (I did a project last year driving 15,360 WS2812 LEDs with a ESP32 at about 20FPS using 15 separate I2S driven output lines and it still had RAM, flash and CPU to spare - amazing!), putting any sort of language on-board is likely to be too much.

I’d love it if there was a way to develop an external effects language and compiler that generated position independent code that could be dynamically loaded, but I do think this would require a re-work of what existing FX code as there would have to be a huge amount of what is currently compile time context passed in. It might also be tough to keep API/internal locations consistent across version. In short, dynamical code loading might also be a too bit much.

In the past, when faced with a semi-similar need (well, not really, but I’m stretching), what we did was produce a tool that was part custom, domain-specific language (one around effects, oriented toward effects needs and power, possibly “abstracting” some of the fiddly bits under the hood in this case) that would produce C code under the hood (combination of direct translation and template stuff).

That could be coupled with a “custom WLED image” generator. This would likely have to be a hosted system that build a WLED image for you and allowed you to opt in/out of things (like drop FXs you don’t want and, more importantly, include in custom effects). You would “save” a config (or configs) on the site and press Generate and it would create a header file (behinf the scenes) with various defines (and possible code additions) to be compiled and downloaded to the user. You could then do an OTA update to load it.

It would allow for making a reasonably useful/powerful effects DSL, allowing easy-to-maintain custom WLED builds, provide reasonably easy updatable builds as the compiles would come from the various github trees, wouldn’t require WLED instances to have internet access or have heavy weight code in them that they don’t need.

Further (future) support for doing things like producing a WLED instance with a minimal UI (vs full, for API driven WLED installs), add/drop things kike MQTT, DMX, E.31, etc as needed (likely very useful for ESP-01 builds and/or some hypothetical “large scale” effects like 2D and 3D support that wouldn’t otherwise fit without tradeoffs). Not suggesting all that “just happens”, but you can imagine adding appropriate #defines to control those build options over time.

And for most folks, the standard WLED downloads are still available via OTA or the WLED installer (freaking brilliant, incidentally) with agree don “base” config/setup similar to todays.

But for folks who want to build a custom one and/or provide a way to incorporate more dynamic FX authoring, distribution, etc, this would make it pretty straightforward to make those additions/choices without over-filling the ESP and letting the WLED firmware do what it does best.

There are news about this? I’m looking for a way to include “art effects”, I mean somthing really useful into a home, for relax… soft effects that appers after some long time, in a soft way and not really perceptible.
I don’t see them now, all are very funny and spectacular, not a bad thing, but not all that is possible to achieve with WLED.

There is any simple way to create and test an effect without assembly and OTA it to ESP just to test it? Thank you!

Just the other day, Aircookie posted a paper in the Discord server about a browser-based live effects editor, so there’s definitely progress happening with this. Hopefully soon it will make it into WLED