Hello, I’m new here, and I flash one WLED in a esp bord and it’s all right, then I bought another boards 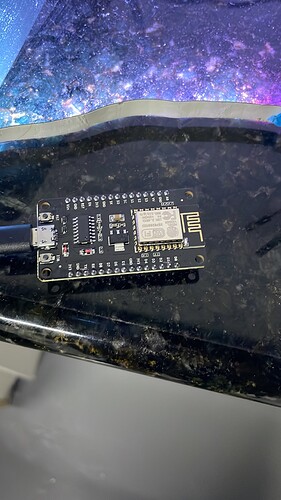 What do you mean by:

I need to flash again… does have something I can do to don’t lost the datas?

What data have you lost?

Does the board connect to WiFi, do you get a set of orange LEDs?

Try and reboot the board with no LEDs attached, some GPIOs need to be held Hi (and some Lo) to get a proper boot.

Watch the serial port via USB during boot, it may give some information on what’s going on.

The think is the board doesn’t connect to WiFi again!!! The lights isn’t yellow web I plug into the power again!! It works well wen I flash. And wen I take off the power it can’t connect again!!!

What board are you using? 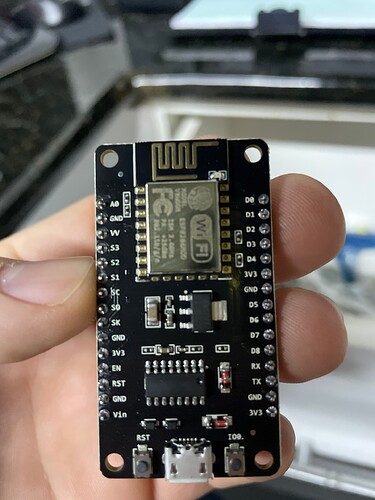 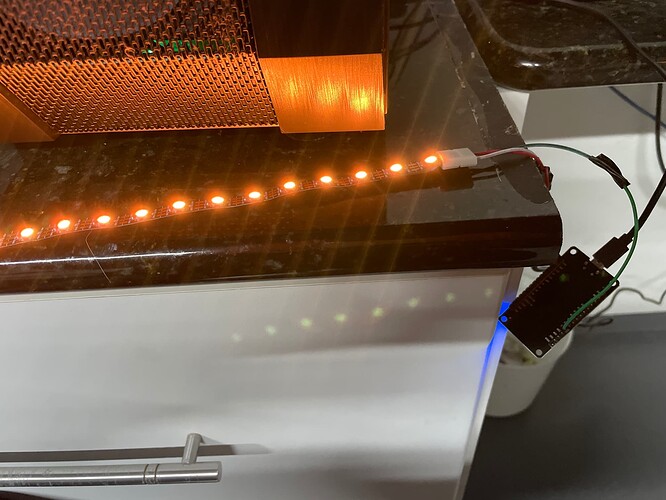 And wen I put again in the power show that “connection to light failed” and than just flashing again!!! I’ve done this more than 10 times!!!

Don’t connect the LED at all.
Try and power it up with no LED attached and see if you can connect to the AP, or if it shows up on your WiFi.
Once you can get in, make sure your WiFi settings are correct.

You may have an issue with the GPIO you’re using being dragged Lo (or Hi) by the LED’s and preventing a proper boot.

Because I have other and works fine, but all theses new boards happens the same!!

The power lines are good, the issue is potentially with the data line being dragged Hi or Lo by the LED strip on boot up.

Try to get it responding to WiFi with no strip attached first.
Then you can try a different data pin in the WLED LED preferences page.

Hey. Tkz for the tip… the problem was when I power the board in “vin”, if I power only with usb it’s working!!! So, tks very much… there some way to use without the usb? Just the pins?

With no, no problem!! Because the usb I need tu use two power, one to usb and other to the led, my ideia is to use just one power to bouth, led and board!!

the problem was when I power the board in “vin”, if I power only with usb it’s working!!!

I have a few D1 mini Pro’s that have the same problem. You may want to get some boards from another supplier or maybe give one of these a try so you can use 1 power supply: https://www.amazon.com/zdyCGTime-Connector-terminals-Pluggable-Cable（30CM/dp/B07QQLDTQH/ref=sr_1_3.

Another option is to cut the end off a micro usb cable to get to the wires, But a lot of them have wicked small wires to try to deal with.