Is there any Android app out there to integrate with SR Wled or is there any way I can use mobile microphone to feed sound data to SR Wled device?

I think this is what you are looking for, though I have only used the PC version of LedFx. https://play.google.com/store/apps/details?id=com.shirom.ledfx 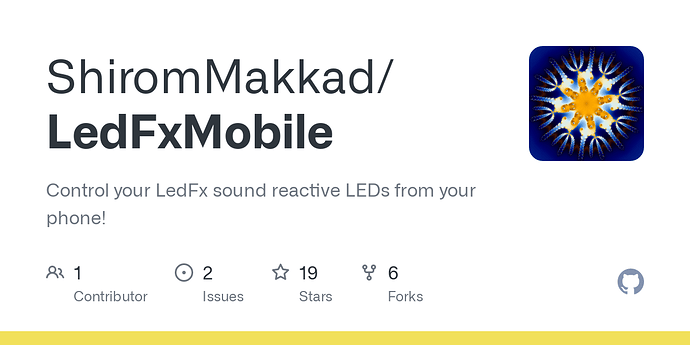 Thanks @Jinx for taking time to reply on my question.
I tried this but it’s not working for me. I’m using “Witty Cloud - ESP8266”, powering 50 pixels string, taking output directly from GPIO 1 (Tx pin), I had installed “Sound reactive version: 0.13.0 beta 3” from WLED installation (wled-install.github.io) on ESP8266 & used Ledfx android app from app store. Added my WLED strip in LedFx app (using board’s IP) but it’s just showing WLED interface for controlling the led manually as I would get it on board’s IP address but not the SR interface as the screenshot given in above GitHUB page showing, am I missing something regarding setup/settings please suggest.

I’m not sure. I never used it. I did just dl it and the only thing it’s doing for me is bringing up the WLED GUI. I am thinking that maybe it’s just a remote for the PC Server of LedFx or something not 100% sure. Maybe there is more info @ the github?

Thanks @Jinx for replying here, ya I’m also trying to figure out how to get LedFX GUI on my android phone as shown on GitHub page. Please post in here if you get any solution of the issue…

The answer here is… “yes, you can” - but the longer answer is a bit/lot more complicated.

Essentially you’re going to build a Bluetooth speaker with I2S output and then wire that into a custom WLED build you make.

I’m not aware of a way (currently) piping audio over Bluetooth directly into WLED. That’s unlikely to work because the BT libraries are huge, and you can’t use WiFi and Bluetooth together on the ESP32 at the same time.

What you can do, however, is push I2S data over wires from one ESP32 doing Bluetooth audio receiving to the other ESP32 running WLED.

Now, if you want to HEAR the music you’re playing over Bluetooth, you need some sort of I2S “renderer” in the chain. 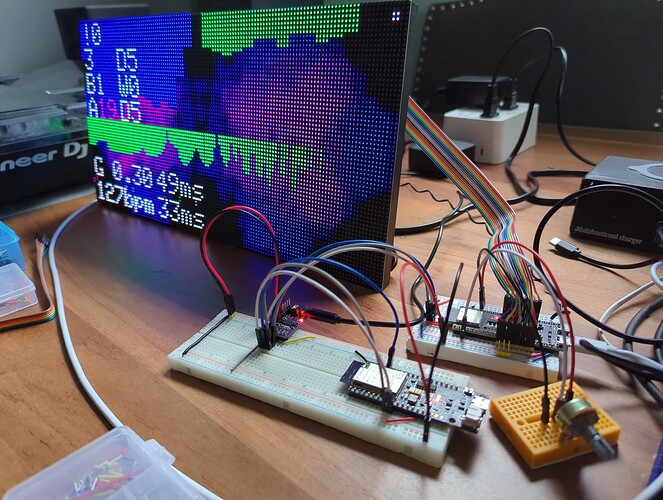 The foreground ESP32 is running a basic sketch (which is like 6 lines of code but a ultimately huge bin) that receives Bluetooth audio.

But the magic is then to take the same I2S feed and daisy-chain it into the other ESP32 running WLED.

(I’m not running WLED here, but I’m running a lot of the code from the WLED AudioReactive usermod)

On the WLED ESP32 you’d likely have to adjust (meaning edit code and recompile) the WLED AudioReactive usermod to allow a few things:

From my limited testing, the two ESP32 devices need to be running on the same power source - so I chained the 5v and Ground from one to the other. Just a shared ground wasn’t enough. (I’m likely committing several electrical sins here.)

And then… “it just works”

Shorter wires are better. My breadboarded version crackles occasionally and it seems to be related to the physical wiring connections

Or you could do like @ALDIY did and add a bluetooth board to the esp32 in place of a mic and skip all that other stuff. 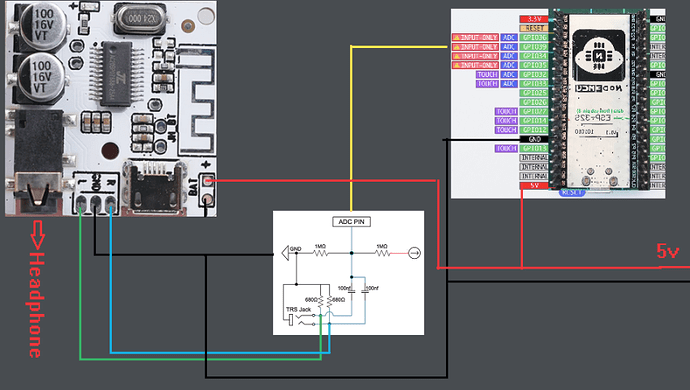 Granted that if you wanted to hear the music you would also need something connected to the 3.5mm jack.

Yeah, that’s essentially what I did in a much more roundabout fashion.

My test case is specifically I2S.

I needed to get a “clean” I2S signal to validate what the I2S microphone was hearing was close enough to what I’d hear with a purely digital signal loop - and I also needed to be able to hear the signal.

I2S mics can hear a mouse fart in the next room so it’s useful to be able to run tone generators and music samples and whatnot over Bluetooth where I can control the volume and know the signal will be clean.

Not related to mics only and not for Android but there is an iphone app Connecting to the iTunes Store. that can play audio , pics , video , phone camera out put to wled matrix directly and much more , This is done from phone without PC . Might be there are some Apps for Android if you search hard enough 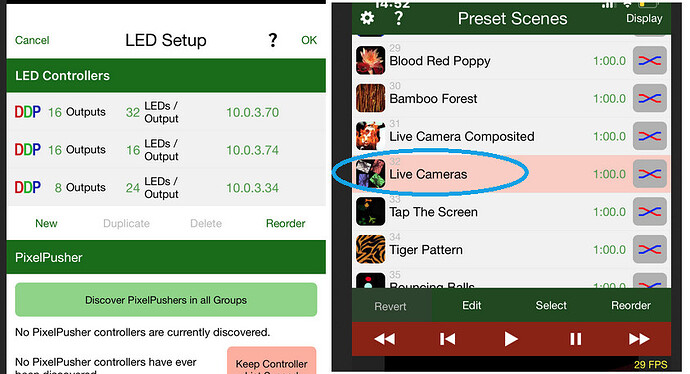